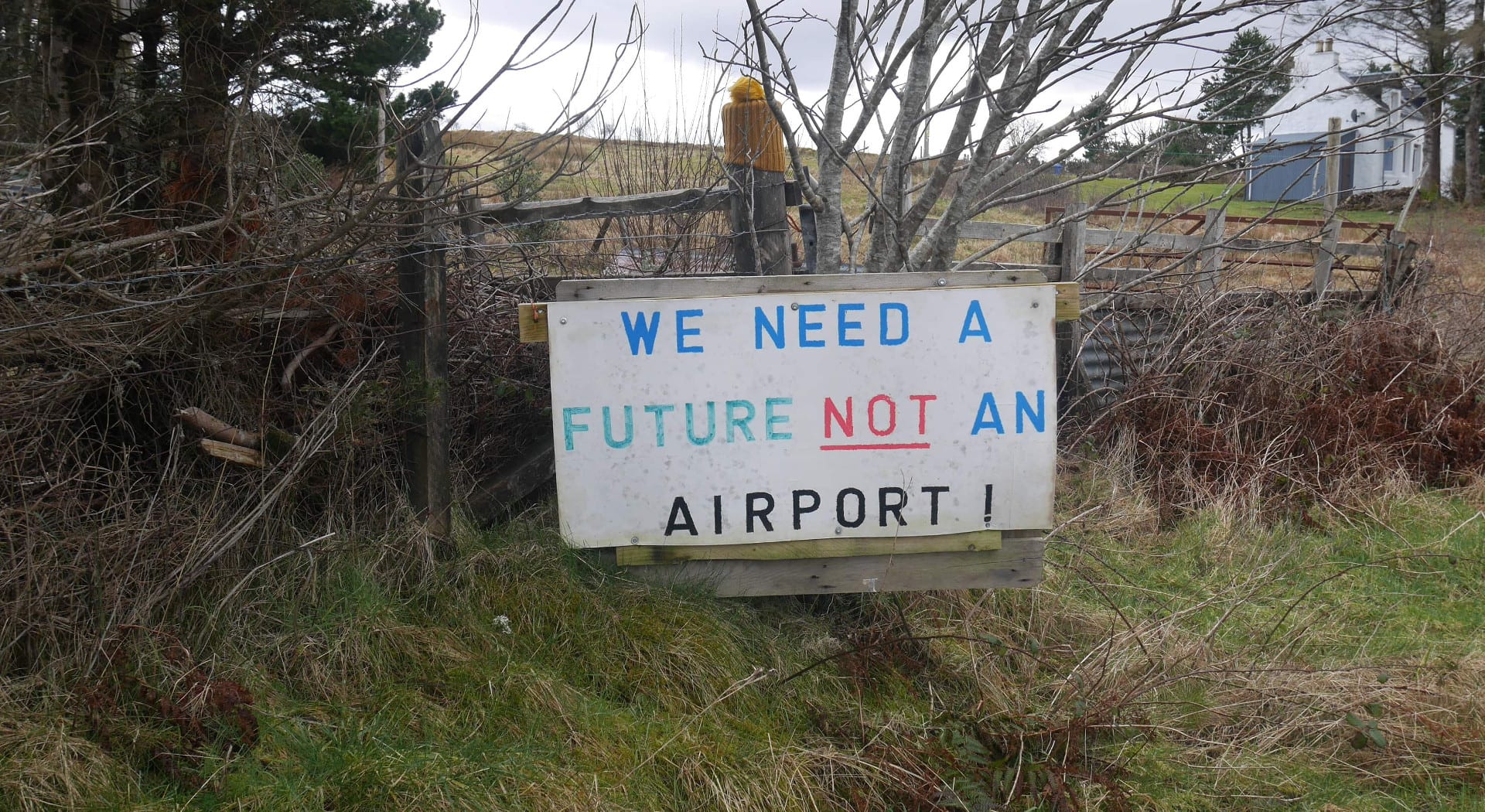 Bureau d'etudes
Inventing an Art School in a World of Ruins
“Today's artist lives in a dissolute, ruleless age. [...] The old forms are broken, the old world is shaken, the old human spirit is overturned and in full-scale mutation. We float in ignorance of a new order” (Gropius, 1919: 59). This statement by Bauhaus’ founding architect, Walter Gropius, was made in a world in ruins: the nascent Weimar Republic just after WWI. Gropius' words resonate with the uncertainty of our time, as the Anthropocene, with its procession of collapse events, is radically disrupting the conditions of life and modes of production that have prevailed since (at least) the second quarter of the 18th century, when the ‘fossil economy’ was invented in the British Empire (Malm, 2020). Responding to the social and cultural disarray in the aftermath of WWI, artist Franz Marc noted that “we waver above nothingness. Now we have to create, to fill the world in order to be able to live” (Marc, 1915: 26). A century ago, it was possible to imagine a new order.

No similar promise of a new, different world is apparent today. It seems that our imagination can only extend up to the understanding that the world that is to be – a world coming from the past, from a long history of capitalist extraction – may not be habitable for us humans. Climate change has already brought about scarcity of water and food, alongside depletion of oil and gas reserves, intensification of biopolitical control, and policies of austerity worldwide. More than that, what is currently taking place is not just the demise of capitalism on earth (and a stimulation for a development of extractivist politics on the Moon and asteroids), but a change in biogeochemical cycles and the sixth mass extinction of species: events without precedent in known human history, equivalent, in scale and intensity, with events that reshaped the earth in Cretaceous non-human time [MAP LAYER cretaceous].

What are the stakes for contemporary art in view of these dizzying, menacing visions’? If the Bauhaus was an attempt to imagine and invent a new school for the (then) future, a school capable of responding to the challenges of an era of destruction and negation of possibility, how can we imagine a similar school today, in the midst of uncertainty? What school of art would allow us to inhabit a world without oil and coal, and without the energy sources and harvesting technologies (shale oil, ethanol, nuclear fission, solar, wind, tidal or hydroelectric power plants) that rely on near-depleted mineral resources?
The school we are writing about, the one we have tried to explore, will set out to make the world a habitable place during and after the collapse. It is not guided by an agenda of salvation, in the way that architecture was, for Gropius, the synthesis that would achieve unity of the arts, disseminated in multiple disciplines, and of the people, torn apart by the war, by assembling them all in a new cathédrale.

The school of the arts of the future, the school of the future through the arts, is dispersed. It is heterogeneous and lacks a programme. It is not necessarily made up of ‘professional’ artists; in other words, it does not belong to capitalism; it cannot exist within capitalism. Rather, it stems from an understanding of art as movement, formative of what does not yet exist. It resembles the composite and heterogeneous character of today's landscapes – aggregates of all places, ruins, memories, images, symbols, and the administrative devices and infrastructures of capitalism.

Here are some ideas that took shape in the course of our field investigation and our meetings with different people across Scotland between 24 February and 8 March 2020. The following list does not claim to be exhaustive; it only aims to update and put into work tracks of anticipation of the arts and schools of arts of the future. It does this by following three axes of investigation: improving the landscape of possibilities; imagining commoning after capitalism; and making experiences of the multiple regimes of time and memories.

How human and non-human societies will respond to the earth-systemic transformations that are underway is uncertain. From the point of view of art and its teaching, our approach is to prepare for a future that is largely unknown, and to explore the potential role and directions of the arts through this transformation.

……………………………………………………………………………………………………………………………………………………… • Gropius, Walter (1919). Réponses au questionnaire Ja! Stimmen des Arbeitsrates fûr Kunst. In Jacques Aron (ed.), Anthologie du Bauhaus. Bruxelles, Éditions Didier Devillez, 1995. • Malm, Andreas. The Progress of this Storm: Nature and Society in a Warming World, London; New York, Verso, 2020. • Marc, Franz (1915). Les Cent Aphorismes. Paris, Editions Fourbis, 1996.
DOWNLOAD & PRINT TEXT
Bureau d'etudes
Imagining the Arts in a Collapsing World
First, we have to imagine a deteriorating world: a world that is losing its memory. As the oceans are warming up and habitats, at sea and on land, are being reshaped, what is collapsing is not merely a world of humans, but also of other species, succumbing to mass extinction and emerging from ongoing speciation (Otto, 2018). Climate change will rapidly affect a very significant part of the world's human population: in 50 years, 3.5 billion people may find themselves outside their current climate niche (Xu et al., 2020). Faced with the celerity of this collapse, and with its myriad corollaries (in food, health, financial and many other systems), critical infrastructures, as they have been shaped in recent decades, are not up to the task. In fact, there is not – and probably there cannot be – a dependable method, a programme designed to respond to this crisis. What needs to be trained is, first and foremost, an ability to observe, perceive, and act, the skill to activate the faculties of imagination, at a personal and also social level, vis à vis the tangible issues of a place. The current environmental catastrophe opens the way to – and forces upon us – a clearer understanding of how the system that binds us together is built, what are its underlying structures, what purposes, intentions and distributions of power inform them, and how blind we are to the new realities emerging into existence.

Ownership is the basis for the organisation of resources, and for our entire social order. Hegemonic narratives and practices of social and economic organisation are still defined by the neoliberal agenda of sustainability: the destruction of our life-support systems could be avoided if we replaced oil with wind, just as, in the past, we replaced coal with oil, as if surviving the global crisis were simply a matter of substitution or reshuffling of the ingredients of the status quo, without challenging its foundations. Can we keep treating waste as if it could really be treated when we know that some of it will remain harmful for hundreds (e.g. plastics) or even for hundreds of thousands of years (e.g. plutonium)?

The environment is changing at a rate and scale that has had no precedent for hundreds of thousands, even millions of years. Yet our imagination barely manages to accommodate the familiar: the infrastructures and services that have been around us for the last few decades – water, energy, food, dams, telecommunications, waste management, chemical and production industries, transport and health services.
When we look into the past, we find that, only a few centuries ago, the world was so utterly different from today: a Scotland, for instance, covered with forests. Looking even deeper, we encounter enigmatic cultural objects – stone circles, vitrified forts, brochs, lithophones – things whose function is no longer understood; yet these things continue to punctuate the landscape [LINK: stone circle]. The past is still here – present in every sudden rain and tornado attributed to climate change, outcome of centuries of fossil fuel extraction – and also about to come. What exists is an entanglement of different temporalities making up the ever-present. This awareness of temporal juxtaposition will help us to invent a possible future.

The fiction of linear time obfuscates the massive substance of geology, and the resurgence of cultures and lifeways suppressed by successive colonisation, which have left their templates in the landscape. The present and the future are both made of antediluvian history that formed the rocks and soils that shelter and nourish us.

We have to imagine a world that is not yet. Faced with the challenges of global change, however, our imagination is too weak to visualise this world as anything other than a disaster movie. One can, if she so chooses, imagine a wholesale collapse that will sweep away art galleries – especially those white cubes that exhibit middle-class artists – alongside the metropolises of contemporary art, located where the flows of extraction and consumption intersect. Our arts, and our faculties to realise what is not yet, are still grounded on a state of the world that is vanishing in front of our very eyes. Hence the need for their reinvention.